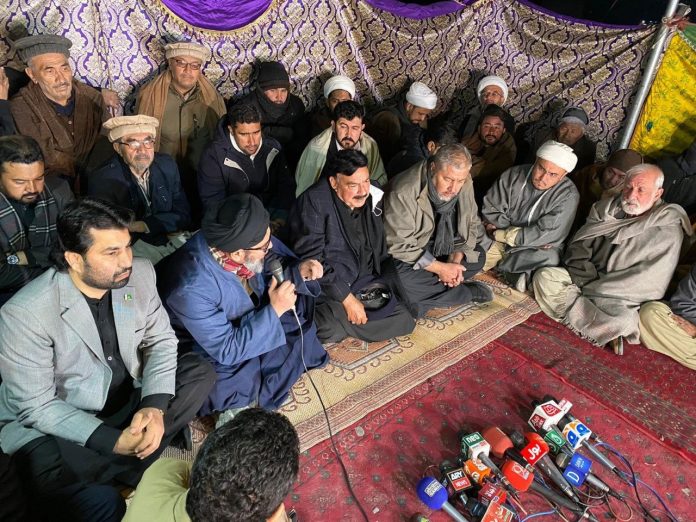 QUETTA: Thousands of people protesting the brutal kidnapping and execution of 11 coal miners in Balochistan’s Machh have refused to call off their sit-in till Prime Minister Imran Khan visits Quetta.

The miners were Shia Hazaras. Their families are protesting on the Quetta-Sibi highway since Sunday.

“Prime Minister Imran Khan himself should visit Quetta and look into all these issues,” the leader of the Hazaras said Monday. The terror attack on the miners has been claimed by the Islamic State.

Up to 2,500 protesters staged a sit-in, gathered with eight bodies in coffins and blocked a bypass on the outskirts of Quetta, demanding justice Monday. “We will not end our protest until the arrest of all the assassins,” Balochistan Shia Conference chief Agha Daud said

The protesting relatives of miners demanded resignation of the Balochistan government. Interior Minister Sheikh Rasheed Ahmed reached Quetta Monday evening and joined a sit-in organised by the Hazaras and families of the deceased coal miners a day after the Machh massacre. He said he is ready to accept all the demands of the Hazara people, except the resignation of the Balochistan government.

He reportedly flew to Quetta on the instructions of PM Khan. The minister was accompanied by National Assembly Deputy Speaker Qasim Khan Suri and Balochistan’s chief secretary.