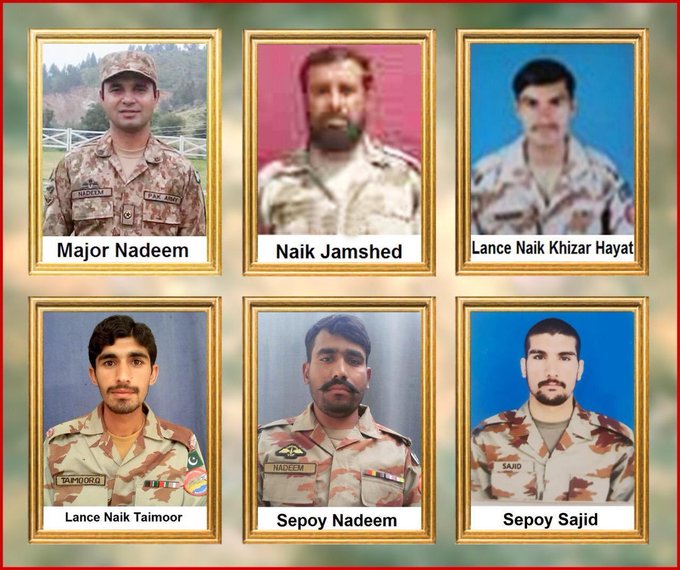 RAWALPINDI: One officer and five soldiers of Pakistan Army embraced martyrdom as FC South Balochistan vehicle was targeted with remote controlled IED in Buleda area near Pak-Iran border.
According to a statement issued by the Inter-Services Public Relations (ISPR), the security forces were returning after conducting a routine patrol in the in Buleda — 14 kilometres from the Pakistan-Iran border — to check possible routes used by terrorists in mountainous terrain of Makran.
As they were returning, their vehicle was targeted with a remote controlled IED.
The martyrs include Major Nadeem, Nike Jamshed, Lance Naik Khizar Hayat, Lance Naik Taimoor, Sepoy Nadeem and Sepoy Sajid.