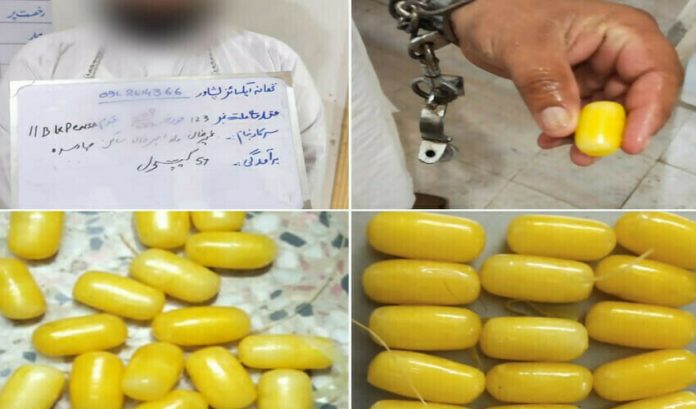 The suspect was on his way to Islamabad airport to board a flight to Saudi Arabia. He had an Umrah Visa. He had his mother, wife, and three children with him.

After arresting the suspect, the officers took him to Lady Reading Hospital Peshawar for medical examination.

The examiners at the hospital found that the man had hidden 57 capsules containing Crystal Meth (ICE) inside his body.

According to a narcotics department official, the suspect, who hails from Charsadda, has made at least seven trips to Saudi Arabia.

The suspect revealed that he would always wear Ahram (pilgrim outfit) and traveled with his family so no one would suspect him.