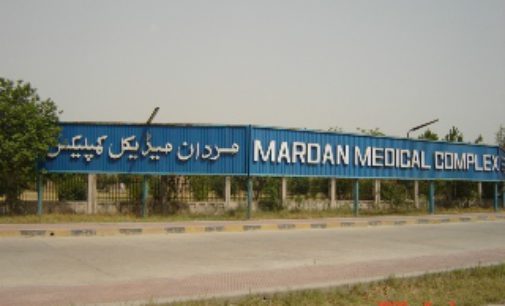 MARDAN: A man named Jahanzeb was killed and his son Rifaq along with a passerby sustained injuries in a firing incident happened in Mardan Medical Complex (MMC) Mardan.
According to Khyber News correspondent, the incident took place when motorcycle-bourne assailants opened fire at Jahanzeb, who had come to MMC with his son for treatment.
The correspondent reported while quoting eyewitnesses that the assailants opened indiscriminate firing at Jahanzeb and his son.
The injured persons were being provided medical assistance in MMC with police saying that the incident occurred due to old enmity.
Meanwhile, the injured Rifaq lodged First Information Report (FIR) against his cousin Tariq while police started investigations.