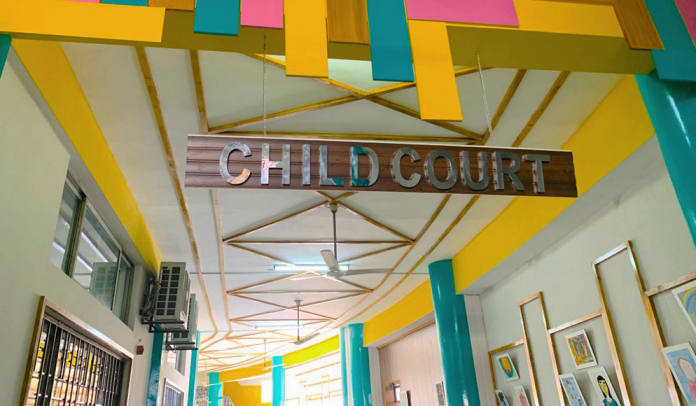 KOHAT: A Child Protection Court in Kohat has sentenced to death a man found guilty of sexually abusing and raping his minor daughter for four years.

The incident came to light in December 2020 when the daughter and her mother reported it to the police at Cantonment police station of the district. While recording her statement to police, the girl informed police that her father had sexually abused her for four years and had threatened her to keep quiet.

According to the lawsuit, her father allegedly threatened to sell her or murder her if she told anyone. The girl told police in the initial inquiry report that she first experienced sexual abuse when she was just 10 years old while was left alone with her father as her mother had to go to the doctor with her younger sister.

The girl’s father allegedly beat her when she refused to engage in any sexual activity, according to the case. Later, the daughter told her mother the entire story, and she reported it to the police. After lodging FIR, police arrested the accused in January 2021, and initiated legal action against him.

On July 26 last, Kohat Child Protection Court judge Farhana Tabassum sentenced Sultan Mehmood, a resident of the Jurand area of Kohat, to death and fined him Rs 100,000 for raping a child in violation of section 376 of the Pakistan Penal Code.

As per the decision, the convict would undergo imprisonment of six months in case of non-payment of fine. For the offence of criminal intimidation under Section 506 of the PPC, the judge sentenced him to three years imprisonment with a fine of Rs 10,000 and imprisonment of further one month in case of non-payment of the fine. According to Section 382-B of the Criminal Procedure Code, the court permitted the length of detention to be taken into account while determining the convict’s jail sentence. The Peshawar High Court must approve the capital punishment referral before the death penalty can be imposed.

Kohat Police Spokesperson Fazal Naeem said the police followed up the case by collecting all the evidence against the accused. “Police brought the case to its logical conclusion based on the best investigative practices,” he said. Khyber Pakhtunkhwa has seen an increase in child abuse cases over the past three years.