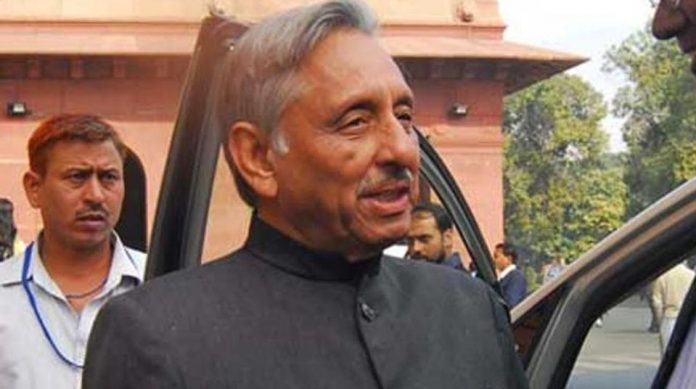 NEW DELHI: Resumption of talks with Pakistan can possibly help India to secure the life of Kulbhushan Jadhav who has been sentenced to death by a Pakistani military court, Congress leader Mani Shankar Aiyar said on Wednesday.
“We must send signals to Pakistan that we are interested in talks. Had we continued talks with Pakistan, such incident (death penalty to Jadhav) perhaps would have not occurred,” said Aiyar, a strong advocate of Indo-Pak. ties, The Narendra Modi government has announced it will go out of the way to save Jadhav, a former Indian navy officer, sentenced to death on Monday for espionage.
Opposition parties have backed the government as it explores ways to counter the punishment and bring Jadhav back to India safely.
Aiyar, who has often been criticized for his support for Indo-Pak friendship, maintained that New Delhi can also “go around the world to drum up support” in favour of Jadhav.
“But I don’t know whether it can be an effective way to defuse this current crisis. Remember that the world had appealed to General Zia ul-Haq not to hang Zulfikar Ali Bhutto, but he ignored the appeals and killed Bhutto,” he said.
Aiyar, a former diplomat who had served in Pakistan, also suggested that Indian might use its bargaining chip if it has any Pakistani facing similar charges as Jadhav in any Indian jail.
“In case we have any Pakistani in detention in Indian jail under similar conditions, we might bargain with Pakistan.”
The Congress veteran is optimist that in case of a legal battle, New Delhi has bright chances of getting a top-rated lawyer to represent Jadhav in Pakistan’s Supreme Court.
“There are many brilliant lawyers who are sympathetic to India. We can possibly engage Asma Jahangir or Aitzaz Ahsan to save Jadhav,” he said.
Jahangir is a reputed human rights lawyer while Ahsan had been an Opposition leader in Pakistan Senate.
Jadhav now has less than 60 days to appeal against the death sentence. – Agencies