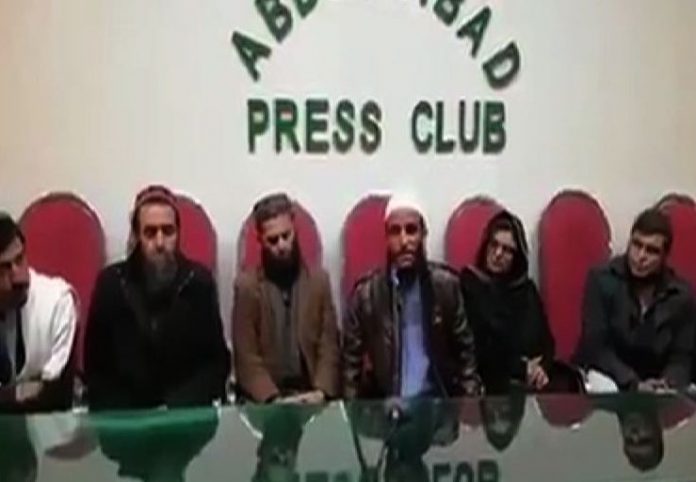 ABBOTTABAD: The uncle of a Mansehra student who was allegedly raped and tortured by his teacher wants the country’s top leadership to take notice of the incident and constitute a JIT.
In a press on Wednesday, the child’s uncle, Mohammad Iqbal, said the accused was presented in court three days after his arrest and after a deal was made.
Qari Shamsuddin, his brother and four other men were arrested for raping and torturing a 10-year-old in a seminary of Parhana.
The child was rushed to a hospital by his family after the incident. His family had asked the authorities to arrest the suspect and ensure that justice is dispensed.
On Monday (December 30), an initial medical report confirmed the rape and torture.
According to the medical report, the child also had bruises on his body and his eyes were swollen.
Shamsuddin was a government school employee and had been running an illegal madrassah which has now been sealed.
Iqbal said it was unfortunate that the ulema was trying to make the case weak by involving a madrassah student who is even younger than the victim so the accused could be saved
“We are not against the madrassah, but they are trying to give an impression that an ‘outsider’ is helping us to give the madrassah a bad name,” Iqbal said, explaining that he was a student of a madrassa himself and the family respects the ulema and madaris and have no enmity with anyone.
“We don’t target anyone. We don’t even know Qari Shamsuddin. We do not recognise him. But the name given in this case by my nephew is of Qari Shamsuddin,” he said.
He appealed that the public, Chief Justice of Pakistan Asif Saeed Khosa, Prime Minister Imran Khan and Chief of Army Staff General Qamar Javed Bajwa take immediate notice of the incident and get a new JIT constituted.
“The accused was presented [in court] after three days and after a deal was made. We are not satisfied with the punishment he is being given or the remand, Iqbal said.
He said a committee constituted by the ulema had nothing to do with their family. “They [the ulema] are trying to trap another student who lives in our village. We have already been wronged once, don’t do it for a second time,” he said.