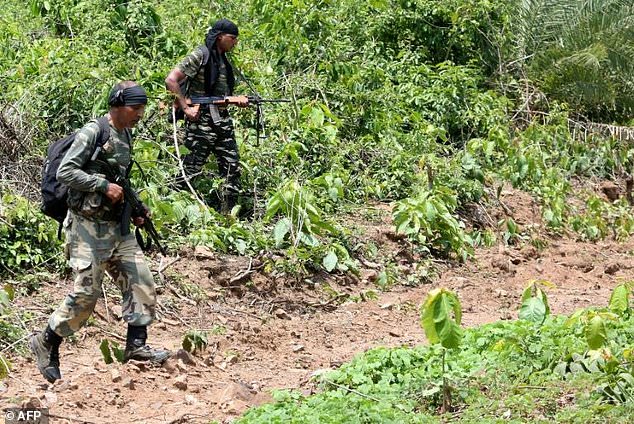 NEW DELHI: Maoist rebels killed six policemen Sunday with a roadside bomb in a remote forest in eastern India, where the guerrillas have been waging an insurgency for decades.
Another officer was injured when their vehicle was hit in the Dantewada district of Chhattisgarh state, said senior state police officer Sunder Raj P.
The police were escorting a truck carrying material for road construction. Raj said a search was under way for the attackers.
India’s Maoist insurgency began in the 1960s and has cost thousands of lives in almost daily incidents of violence.
Last month dozens of guerillas were killed in jungle raids in India’s remote interior. The ambushes of rebel camps left 37 fighters dead.
In March eight Indian paramilitary troopers were killed when their vehicle drove over an explosive device.
The Maoists are believed to be present in at least 20 Indian states but are most active in forested resource-rich areas known as the “red corridor” linking the states of Chhattisgarh, Orissa, Bihar, Jharkhand and Maharashtra.
The rebels, also known as Naxals, claim to be fighting for the rights of the indigenous tribal people, including the right to land, resources and jobs. – APP