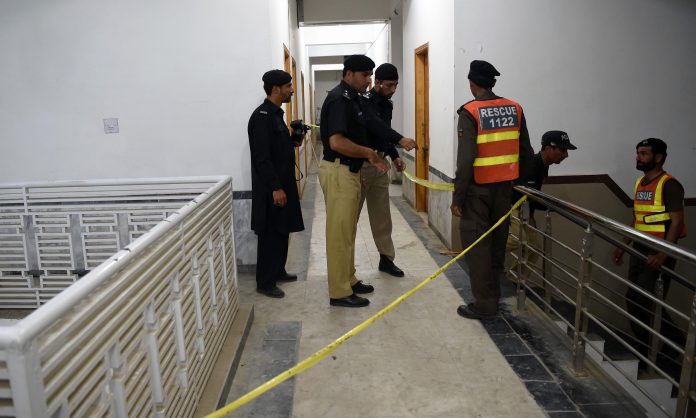 MARDAN: Police on Saturday claimed to have arrested five more suspects in connection with the gruesome murder of a journalism student Mashal Khan at Abdul Wali Khan University in Mardan.
Mashal Khan, a student of Mass Commutation at Abdul Wali Khan University, was beaten, stripped and shot to death, and his body was mutilated by a mob comprising his classmates, students and university’s employees on Thursday afternoon.
District Police Officer Mian Saeed said 13 mobsters have been identified with the help of video footages.
Among those who beat and shot Mashal Khan to death include six employees of the varsity.
He said that investigations have taken a new turn after the involvement of university’s employees in the crime. “We have widened the scope of investigations by involving the counter-terrorism department,” he said.