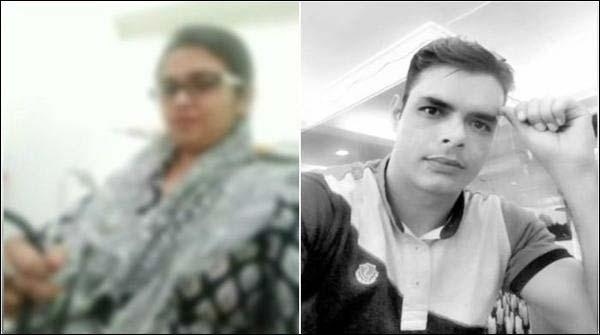 ISLAMABAD: Indian woman Uzma on Monday while leveling a series of accusations against her Pakistani husband Tahir Ali has filed a plea in a local court of Islamabad.
Uzma claims that Tahir had married her on gunpoint. She accuses him of harassment, rape and snatching away her documents. The court has summoned reply from Uzma’s husband, Nikah Khwan and witnesses till July 11.
The 20-year-old girl Uzma met Tahir in Malaysia and fell in love after which she travelled to Pakistan on May 1 via the Wagah border and contracted a court marriage on May 3 in Buner, according to a request for help lodged at Islamabad s Secretariat Police Station by Tahir.
The couple went to the Indian High Commission to apply for Tahir’s visa on May 6. After submitting visa forms and their phones, Uzma went in after being called by the officials but didn’t returned, he claims.
After waiting for quite long, Tahir inquired about his wife but the commission refused to return her back. He then filed a First Information Report (FIR) in the secretariat police station against his wife’s confinement.
However, the drop scene of the story came when the Indian High Commission told Pakistan Foreign Office on Monday that Uzma had approached them with the request to be repatriated back to India after learning about Tahir’s first marriage.
Uzma alleged that Tahir is already married and had four children. She says that the revelation came into light after she arrived in Pakistan but now wants to go back.