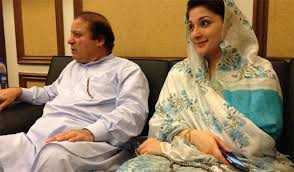 LAHORE: Maryam Nawaz – daughter of former prime minister and Pakistan Muslim League-Nawaz (PML-N) supremo Nawaz Sharif held a meeting with him at the Kot Lakhpat Jail in Lahore on Tuesday.
Maryam Nawaz brought food and other daily use items for Nawaz Sharif. Kot Lakhpat Jail authorities were also present during the meeting.
Current political situation in the country came under discussion during the meeting which lasted for about an hour.