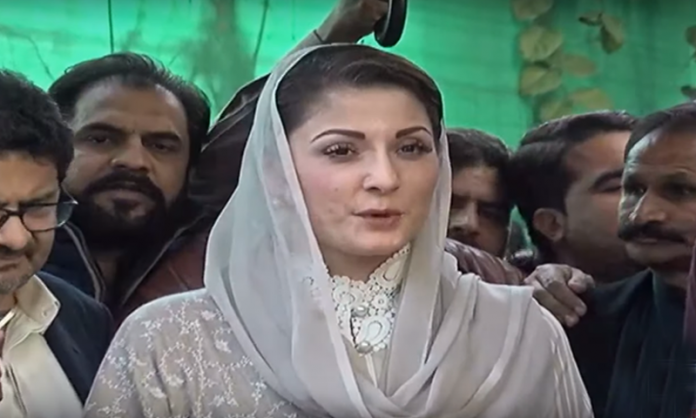 ISLAMABAD: PML-N vice-president Maryam Nawaz on Thursday said that she had remained “silent” over the past few months due to “personal reasons” but it did not mean that her “resolve had weakened”.
Maryam was responding to questions about her absence from the public eye while speaking to the media in Islamabad alongside PML-N leadership including Shahid Khaqan Abbasi, Miftah Ismail and Mariyum Aurangzeb.
“First, if anyone thinks that by putting me in jail without any reason I can be scared or subdued, they should know that my resolve to stand by civilian supremacy and Constitution has strengthened, not weakened,” the former premier’s daughter said.
“My father went abroad for medical treatment and [when he left] his life was in danger. Now he is better than before. I don’t want to cause him pain and do not want him to abandon treatment and return because of me.
“I am under my party’s discipline. Whenever my party leadership, my seniors give me instructions to come forward and play my role, you will not find me lagging behind.”