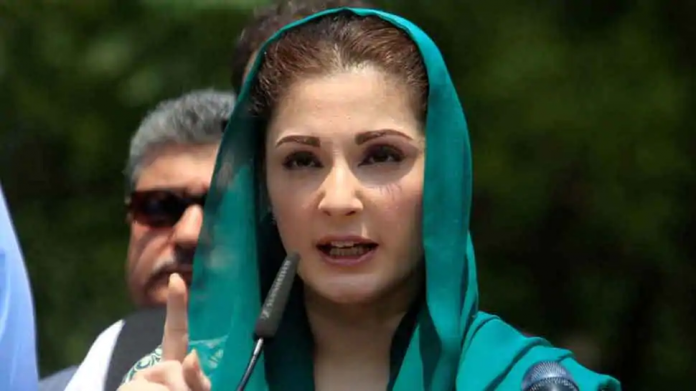 ISLAMABAD— Pakistan Muslim League-Nawaz (PML-N) vice president Maryam Nawaz has withdrawn her application for the return of her passport.

Maryam had submitted an appeal in the Lahore High Court that she wished to perform Umrah and visit London to tend to her ailing father Nawaz Sharif.

The National Accountability Bureau (NAB) has built a politically motivated case against her on fake allegations, her counsel maintained in the application.

Maryam had to submit her passport to the LHC to secure bail in the Chaudhry Sugar Mills case.

During the proceeding, Maryam’s counsel Amjad Parvez told the court that she wanted to withdraw the petition. Subsequently, the court disposed of the petition

The counsel said her Umrah ticket was booked for tomorrow, and it doesn’t seem possible for the court to give a verdict on the application.

Prime Minister Shehbaz Sharif, who is Maryam’s uncle, is also going to Saudi Arabia on his maiden foreign trip since assuming the office of the prime minister.

Earlier, the bench was dissolved three times on the application of Maryam Nawaz’s passport.

First Justice Shahbaz Rizvi recused himself from the hearing, then it was Justice Farooq Haider followed by Justice Asjad Javed Gharal who refused to hear the case.

On April 21, the first division bench headed by Justice Syed Shahbaz Ali Rizvi recused from hearing Maryam’s plea on the ground that the relevant bench had already heard it and granted her post-arrest bail. The second member of that bench was Justice Anwaarul Haq Pannu.

On April 26, the second division bench, headed by Justice Ali Baqar Najafi, recused from hearing her plea saying his colleague judge (the second member of this bench) Justice Farooq Haider is not willing to hear this matter owing to some personal reason.

On the same day, another division bench, led by Justice Ali Baqar Najafi, recused from hearing the matter and the second member was Justice Asjad Javed Ghural.

As proceedings commenced, Justice Najafi remarked that his colleague Justice Ghural is not willing to hear this petition owing to some personal reasons.

Later a fourth division bench, led by Justice Najafi, was constituted and this time the second member of this bench was Justice Sardar Ahmad Naeem.

The PML-N leader in her petition had requested the court to pass orders to the deputy registrar to return her passport which she had surrendered before him complying with LHC’s order on October 31, 2019.

The petitioner had been granted post-arrest bail and was required to submit her passport before the authority.