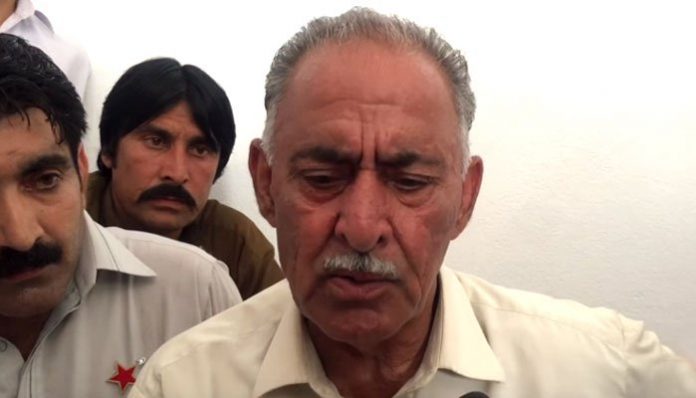 PESHAWAR: The father of Mashal Khan, who was lynched on the false pretext of blasphemy last year, has filed appeals in Peshawar High Court against the decision of anti-terrorism court, demanding further punishment for the accused.
According to the deceased’s father Iqbal Khan, the five accused who have been sentenced to life imprisonment should be put on death row. He has also appealed to the Peshawar High Court that punishment be increased of the accused who have been given four-year jail sentence.
Moreover, Iqbal has requested the high court to starts cases against prime suspect Imran Ali under other sections on the charges in which he has been acquitted.
Prior to this, Mashal’s family had filed an appeal against the acquittal of 26 accused.
In an appeal filed with the Peshawar High Court, Mashal’s brother Aimal Khan expressed reservations over the anti-terrorism court’s verdict, stating those who have been acquitted can be seen in the video of the incident when Mashal was being tortured to death.
The anti-terrorism court hearing the murder case of Mashal announced its verdict on February 7, awarding death sentence to one accused and handing life sentences to five others.
Twenty-five accused in the case were awarded sentences of four years each, while 26 suspects were acquitted by the court for lack of evidence.
Mashal was brutally beaten and shot dead at the Abdul Wali Khan University Mardan over allegations of blasphemy in April 2017, after which a 13-member joint investigation team (JIT) was formed to probe the case.
The JIT revealed in its report in June 2017 that members of the Pakhtoon Students Federation, the student wing of the Awami National Party, incited the mob to kill Mashal on the pretext of blasphemy.
The report stated the murder was premeditated as the group was threatened by Mashal’s activities because he would raise his voice against irregularities at his university.
The 26 accused released by the anti-terrorism court received a ‘hero’s welcome’ in their native town of Swabi and Mardan.