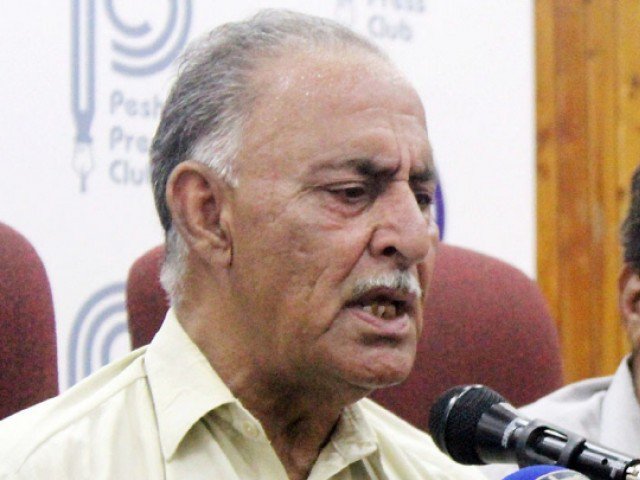 The father of lynched Mardan university student, Mashal Khan, filed a petition in the Supreme Court on Wednesday seeking the government’s help for relocation of his daughters and himself to Islamabad in light of alleged security threats in Khyber Pakhtunkhwa and the family’s hometown of Swabi.
Muhammad Iqbal Khan in his petition requested the provision of living arrangements and the admission of his daughters at colleges in Islamabad.
The petition maintains that since Mashal’s murder, his sisters have “not been able to pursue their studies for obvious security concerns”, adding that “The education of the two daughters has become impossible in Swabi or anywhere in KP. There is an urgent need for the two being shifted to Islamabad.”
The petition maintains that in this light, it would be necessary for the applicant, Muhammad Iqbal Khan, to move to Islamabad, but this is impossible due to limited financial resources.
The petition requests that the government provide living arrangements on a rent basis to allow Khan to move to Islamabad, and seeks admission for his older daughter “in any medical college at Islamabad/Rawalpindi”.
Khan claimed that it has become “very difficult” for his elder son, a civilian clerk in the Pakistan Air Force, to continue working at his post and said that once he shifts to Islamabad to “oversee the education of his daughters”, he will leave his son his small business to run.
Iqbal had previously asked the SC to provide protection for his daughters, who he claimed were scared of going to school after Mashal Khan’s murder on April 13.
“My kids have never missed school or college. But since Mashal Khan’s incident, my daughters have not been to school or university. So I have asked the court to provide protection for my daughters.”
In April, a vigilante mob, incited by rumours attacked Mashal for allegedly “publishing blasphemous content online”. The mass communication student was beaten and shot by the mob and succumbed to the injuries he received.