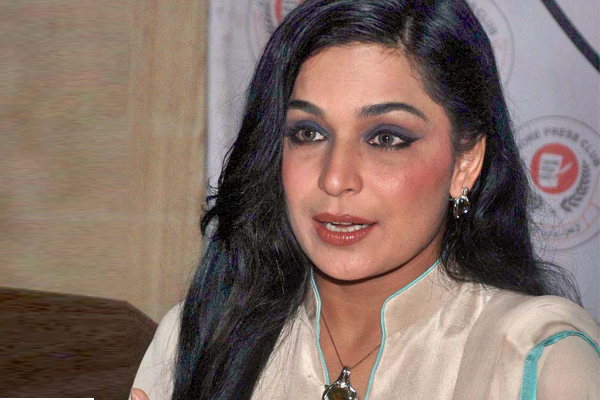 LAHORE: Scandal queen Meera jee has on Saturday challenged verdict of family court declaring her wife of Ateequr Rehman.
As per details garnered, the 41-year-old actress filed petition in this session court.
The plea reads that family court had announced verdict against the facts. It accuses Rehman of deceiving the court through lies.
Meera in her plea alleged that pictures of Nikah were not real.
In 2009, Rehman a businessman from Faisalabad, told journalists he had married Meera in a private ceremony in 2007.
He said he was unhappy Meera hadn t acknowledged him publicly as her husband, and was still telling her fans she was single.
He even produced a marriage certificate as “proof” of their marriage, and said he had filed several court petitions against Meera.