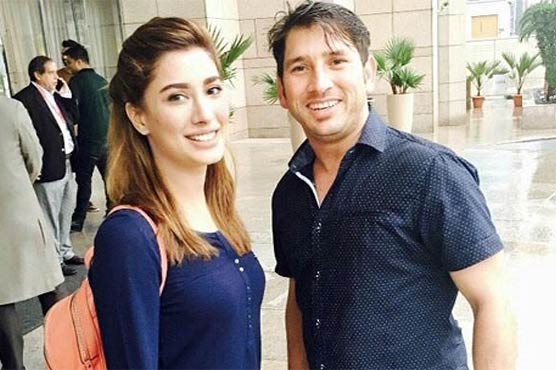 DUBAI: The stunning Mehwish Hayat joined several other people in congratulating leg-spinner Yasir Shah for becoming the fastest cricketer to take 200 Test wickets.
The ‘Load Wedding’ star shared a picture of her with Yasir Shah on Twitter terming him as the nation’s pride.
She went on to say “It just goes to show that Pakistanis can not only compete with the best but be the best.”
On Thursday, the 32-year-old reached 200 wickets in just his 33rd Test, shattering Australian leg-spinner Clarrie Grimmett’s record of 36 Tests set against South Africa in Johannesburg in 1936.
Shah broke the record on the fourth day of the third Test against New Zealand.