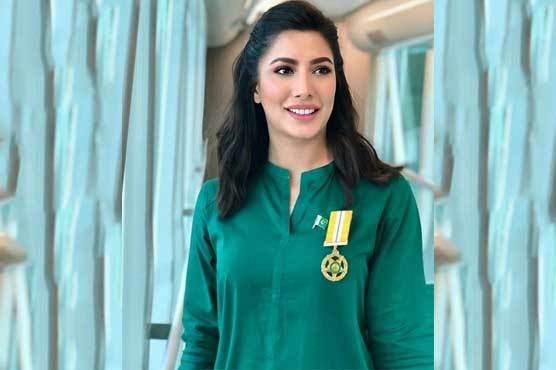 LAHORE: Actress Mehwish Hayat has just added another feather in her cap as the Ministry of Human Rights appointed her the goodwill ambassador for girls.
The Punjab Nahi Jaungi superstar unveiled the great news in a video message on Twitter saying, “Delighted 2be appointed by the Ministry of Human Rights as Goodwill Ambassador 4 the rights of the girl child.”
The prestigious Tamgha e Imtiaz recipient, who has always stood up for the oppressed said, “This is something close to me & I look forward to actively raising awareness of the issues to be addressed. Lets give girls the better future they deserve.”
Brimming with joy the 36-years-old actress said, “I feel privileged to be able to play a role in helping girls know and get their rights. I foresee a Pakistan where females are given equal opportunities to study.” She also asked people to support her in this cause for the attainment of the future Pakistani girls deserve.
The announcement came a day before International Day of the Girl Child also known as the Day of Girls and the International Day of the Girl which is being observed today.
The starlet was awarded the Pride of Performance accolade in Norway in August. She also received Tamgha e Imtiaz for her contributions to the entertainment industry by the President. Jawani Phir Nahi Ani diva had also gotten in the list of Top Five Influential Muslim Women of the World last month.
Here’s wishing Mehwish Hayat great luck and more power for her mission.
What are your views on the story? Have your say in the comments’ section below.