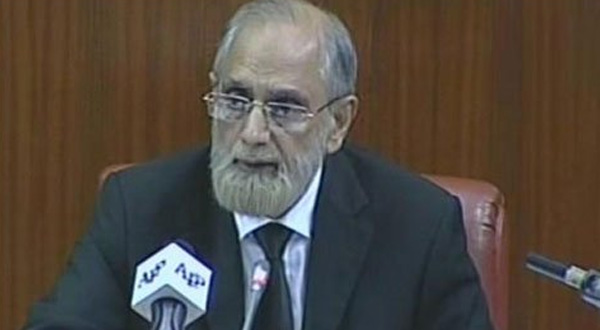 LAHORE: Chief Justice of Pakistan (CJP) Justice Anwar Zaheer Jamali on Saturday said that corrupt people were unfortunately flourishing in our society, saying that corruption is poison for the society, which needed to be tacked with iron hand.
Addressing Lahore High Court’s 150th anniversary celebrations, Justice Jamali said that the condition had laid down jurisdiction of every institution.
He said that the situation of the country had worsened as corruption and nepotism could not be eliminated. He called for waging war on social ills on war footing.
He added that courts cannot announce verdicts to please someone or in the face of pressure due to media hype.
“We cannot give a verdict to please someone or by getting under pressure because of media hype,” the chief justice of Pakistan said. “The judicial system is not just meant for verdicts, it is rather meant for providing justice to people.”