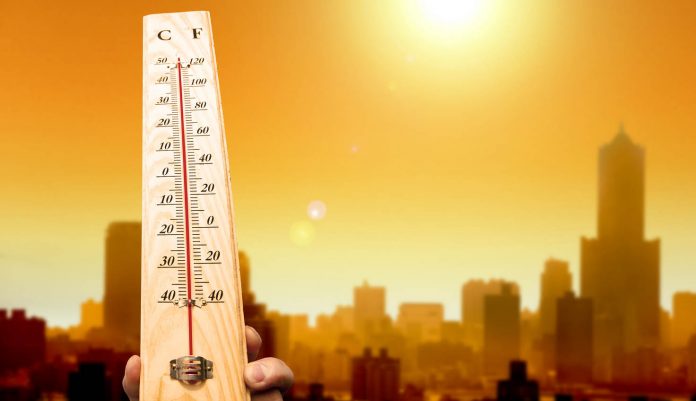 KARACHI: A heatwave is likely to grip Karachi starting in the upcoming week between May 1 and May 3, the Met Office said on Saturday.
An update shared on the Pakistan Meteorological Department (PMD) website noted that during the first three days of May, day maximum temperatures will range from 40 to 42 degrees Celsius, adding that wind flows would be from the North/Northwest during the daytime.
The Met Office also called on all stakeholders to take precautionary measures and remain updated on the situation.
PMD Director Sardar Sarfaraz said that because of the influence of the westerly system causing rain in Balochistan and the northern areas in April, Karachi had experienced south-west winds.
However, he added that the winds had considerably reduced today. Sarfaraz said that the southwesterly wind flow had reduced and the northwesterly wind flow had increased, as a result of which temperatures would also go up.
According to the Met Office, on Saturday (today) and Sunday, the metropolis will see maximum temperatures of 37-39 C, while on Monday the maximum temperatures would range from 38-40 C.
Last month on March 29, an official of the Met department had said the city was to face extreme weather conditions for the next three days when the mercury could soar up to 39 C due to the halt in sea breeze and change in wind direction.