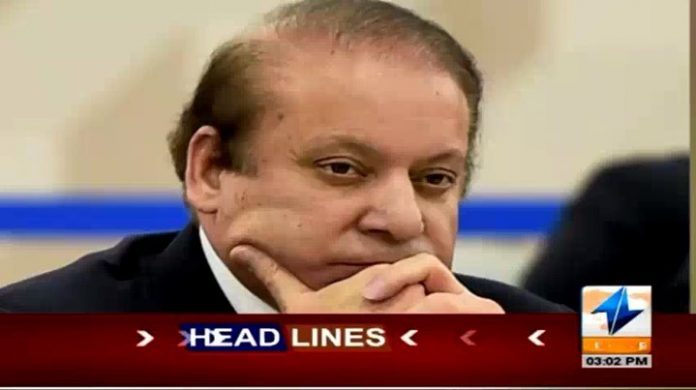 Former Prime Minister Mian Nawaz Sharif has rejected the army’s report of an inquiry into the arrest of Captain (retired) Safdar Awan, calling it a “cover-up” aimed at “shielding the real culprits”, Khyber News reported. “inquiry report on Karachi incident is a cover-up scapegoating juniors & shielding the real culprits,” Sharif said in a tweet Tuesday. The comments from the former PM came after the ISPR, the Pakistani military’s media wing, said its court of inquiry found that the officers of the Inter-Services Intelligence and the Rangers acted “over zealously” in the case which “led to misunderstanding between the two state institutions.” Capt Safdar was arrested from his hotel room in Karachi on Oct 19 for sloganeering at Quaid-e-Azam’s tomb. He, however, was granted bail by a court after 12 hours. Safdar was in Karachi to attend the Pakistan Democratic Movement rally.

Army Chief Qamar Jawed Bajwa had ordered an inquiry after Sindh Inspector General Mushtaq Mehar had decided to go on a leave over the arrest.

“Officers from the Pakistan Rangers (Sindh) and ISI Sector Headquarters Karachi were considerably seized with the fallout of desecration of the Mazar-e-Quaid,” the ISPR said in its statement Tuesday.

It said the officers were “under increasing public pressure to ensure prompt action as per the law.” The ISI and Rangers personnel felt that the response of the Sindh police was slow in a “developing yet volatile situation” and decided to act “rather over zealously,” according to the statement. The officers were “experienced enough to have acted more prudently and could have avoided creating an unwarranted situation that led to misunderstanding between the two state institutions,” the military said. Based on the recommendations of the court of inquiry, the ISPR said, “It has been decided to remove the officers from their current assignments for departmental proceedings and disposal at the GHQ.”