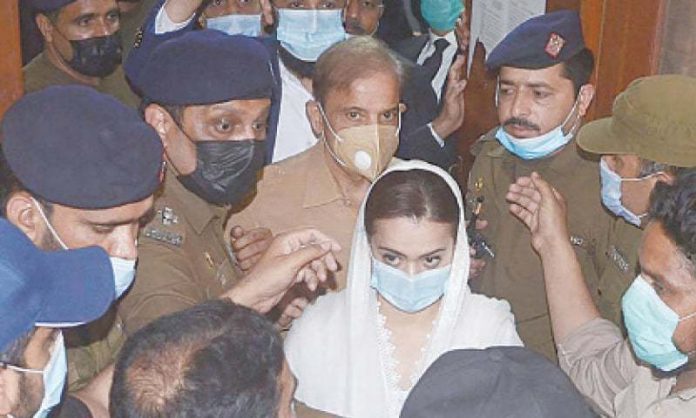 PML-N President and Leader of the Opposition in the National Assembly Shehbaz Sharif was reportedly not allowed to fly from the Lahore airport to the United Kingdom via Qatar on Saturday morning after the Federal Investigation Authority (FIA) allegedly placed his name on “another list”, preventing him from leaving the country.

Speaking to the media early Saturday morning, PML-N spokesperson Marriyum Aurangzeb said that two FIA officials were present in court when the LHC issued an order allowing Shehbaz to travel abroad. The court order also mentioned the flight number the PML-N president would take to fly to Qatar, Aurangzeb said.

“When Shehbaz Sharif came to the airport today, FIA officials stopped him and said he could not travel because there was another list, a ‘person-not-in-list’,” she said, adding that according to the FIA, the system had not been updated yet after the court order.

She claimed that Information Minister Fawad Chaudhry and Adviser to Prime Minister on Accountability and Interior Shahzad Akbar had been issuing statements saying they “did not accept” the order and they would make “complete efforts to stop Shehbaz”.