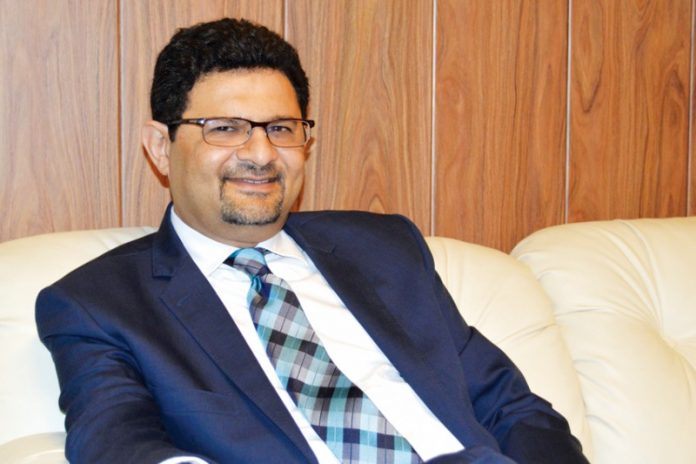 ISLAMABAD: The federal government on Tuesday appointed Miftah Ismail as the Adviser to the Prime Minister on Finance, Revenue and Economic Affairs with immediate effect.
According to a notification issued by the Cabinet Division, Ismail has been granted the status of federal minister to serve as finance adviser in the remaining few months of the incumbent government’s term.
With his appointment, Ismail will no longer hold the office of the special assistant to the prime minister on economic affairs, the notification read.
Ismail’s designation was confirmed after President Mamnoon Hussain appointed him on the advice of Prime Minister Shahid Khaqan Abbasi.
Ismail, who is a political economist and a member of the ruling PML-N, holds a PhD from The Wharton School of the University of Pennsylvania.
Meanwhile, Miftah Ismail took to a social media website to express pleasure over the development.
He wrote, “I bow my head in humility to Allah (swt) for the honour of being appointed Advisor to the Prime Minister for Finance, Revenue and Economic Affairs.”
Ismail added that he was grateful to hid leader Mian Nawaz Sharif for his kindness and to the Prime Minister of Pakistan Shahid Khaqan Abbasi for placing his trust in him.
He continued, “I am also thankful to many leaders in the party for continuing to mentor me over the years, including my first boss in politics Mian Shehbaz Sharif, and Khawaja Mohammad Asif, Professor Ahsan Iqbal and Sen Pervaiz Rasheed. It is a joy also to thank many other leaders, friends and colleagues in PMLN for their constant support over the years.”
Ismail further said, “Although I will have stewardship of the Ministry of Finance for only 5 months, the Prime Minister has tasked me to help him implement a very ambitious agenda.
In line with Mian Nawaz Sharif’s vision; the Prime Minister has instructed me to try to lower individual tax rates, widen the tax net, come up with a scheme to repay the refunds owed to our taxpayers, reform certain corporate taxes that are adversely affecting capital formation and also to study the possibility of allowing Pakistanis to bring their undocumented wealth into the country’s economy.”
“At the same time we will continue to lower the budget deficit and the current account deficit and boost our country’s foreign exchange reserves.
These are not easy targets the Prime Minister has set. But then Mian Nawaz Sharif and PMLN have never shied away from difficulty. With the guidance of my leaders and the support of my friends, inshallah I hope to help Prime Minister Shahid Abbasi meet as many targets as possible,” he further said.
Ismail went on to say, “I come into this office after many years in different government positions with I dare say a reputation of integrity and I consider it to be of absolute importance that I go out with my reputation intact. Anything less would be a disservice to myself, my family, my party and my country. May Allah help me in this endeavour.”