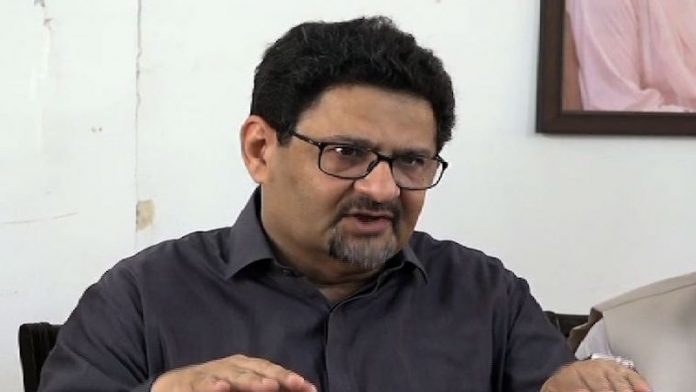 KARACHI— Pointing a bleak picture of the economy, Finance Minister Miftah Ismail has warned that the fuel subsidies offered on petrol and diesel prices could choke the country’s economy.

Addressing a press conference in Karachi on Thursday, Miftah said that in the month of May alone, the federal government would shoulder Rs102 billion in fuel subsidies.

The finance minister said that the previous government had promised to the IMF to levy Rs30 per litre PDL on petroleum products and on top of that 17% sales tax, but it then lied to people and financed the subsidies from national exchequer.

The current government has been forced to shoulder the burden of Khan’s agreements with the IMF, he said.

While Miftah insisted the there was no plan to end the subsidy and increase petroleum prices, he said that pulling it off was difficult for the government.

To put things into perspective, he said that the entire government expenditure for a month were Rs45 billion per month and hence the fuel subsidies amounted to running three and a quarter governments.

The tax collection could not cover this cost and the government has to borrow Rs102 billion from the market or from the State Bank of Pakistan, which effectively means printing the money, the finance minister said adding that the government was not allowed to borrow money from the SBP anyways.

Miftah said that when a government borrows money from commercial banks it increases the interest rate and with increased government borrowing no money is left in the market for businessmen to operate their businesses. Letter of Credits (LCs) could not be opened and, consequently, there is a shortage of commodities including fuel, he said adding that this increases power cuts, also known as load-shedding.

The finance minister explained that the cycles continues to expand with the finance ministry running short on cash and being unable to make fuel payments for power plants.

He said that Imran Khan government did not carry out repairs and maintenance work on power plants.

At the moment, the government has an unpaid bill of Rs500 billion that it needs to pay to the Pakistan State Oil (PSO), which has refused to opened LC for private oil companies citing shortage of money in its kitty, Miftah said.

Rs200 billion losses in SNGPL
The finance minister also said that Khan government had incurred losses of over Rs200 billion to SNGPL, the utility responsible for supplying natural gas to Punjab and Khyber Pakhtunkhwa, by selling imported LNG at cheaper rates after failing to calculate prices.

If there is 1200mmcf gas in the system, it meant they let 240mmcf evaporate, Miftah said adding that 240mmcf gas was enough to cover the demand of the entire industrial sector in the Karachi SITE area and the CNG sector.

The circular debt in the power sector was left at Rs1062 billion which ballooned to Rs2600 billion, he said.

The finance minister said the current government was finding it difficult to pay these debts.

‘Khan showered subsidies on his friends’

The finance minister claimed that Imran Khan showered subsidies on his friends in different sectors, including the real estate.

He said that the former prime minister had many ATMs — a term used in Pakistan to refer to financers of politicians — but the government would not go after them.

The minister assured that the government would not take any “unfair” action against K-Electric.

If Jahangir Tareen was not there, Khan would have never formed the government, asserted Miftah.

The finance minister also said that several countries, including the United States, were not ready to invest money in Pakistan.