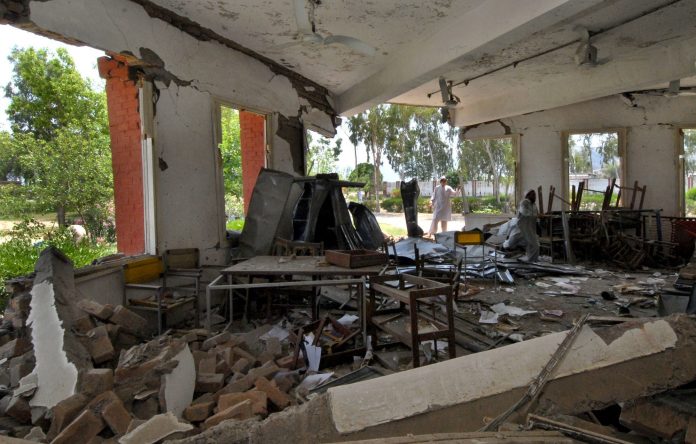 PESHAWAR: An under construction primary school was razed to the ground in Khyber Agency when bombs planted by militants exploded near it early Thursday morning.
Officials at the political administration said that the school, located in Sawa area of the Tirah Valley of Bara Sub-division, was being built keeping in view the repatriation of internally displaced persons (IDPs).
Educational institutes across tribal areas have frequently come under attack by the militants.
In another incident, unidentified assailants opened fire at a Khyber Khasadar Force patrolling party on Thursday, leaving at least one injured.
The Khasadar force was attacked in the Dars Jumat area of Bara Sub-division. The injured was shifted to a local hospital.