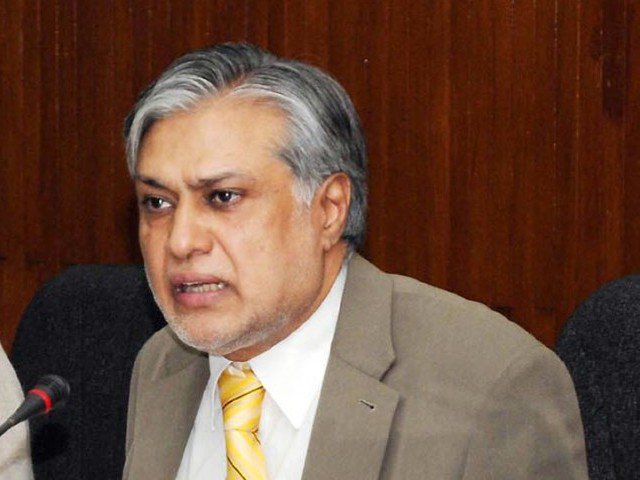 ISLAMABAD: Finance Minister Ishaq Dar made contacts with parliamentary leaders of different political parties over phone and urged them for a “prompt decision” regarding the revival of military courts in the wake of the recent terror attacks in the country.
In his telephonic conversation with National Assembly Speaker Ayaz Sadiq, the minister asked him to facilitate early convening of a meeting of the parliamentary committee on military courts so that a decision could be made as soon as possible.
A press release issued by the finance ministry read that Ishaq Dar also talked to Jamiat Ulema-i-Islam-Fazl (JUI-F) chief Maulana Fazlur Rehman and his brother Senator Maulana Ataur Rehman, parliamentary leader of the Pakistan Peoples’ Party (PPP) in the National Assembly Syed Naveed Qamar, vice chairman of the Pakistan Tehreek-i-Insaf (PTI) Shah Mehmood Qureshi and Qaumi Watan Party (QWP) chief Aftab Sherpao.
During his telephone calls, Mr Dar emphasized the need for a consensus on the issue and said a prompt decision was vital to counter the fresh wave of terrorism that had gripped the country over the last few days.
Referring to the recent incidents in the Federally Administered Tribal Areas, Peshawar, Lahore, Quetta, Awaran and Sehwan, the minister said it was heart-wrenching to see so many precious lives being lost in gory incidents, adding that an effective and well-coordinated response on part of the federal and provincial governments was the need of the hour.
He told the parliamentary leaders that revival of military courts was essential for maintaining momentum of the anti-terrorism campaign and the political leadership in the parliament should show unity and unanimity of views on the issue. “There can be no compromise on the safety and security of people and the country,” the minister said.