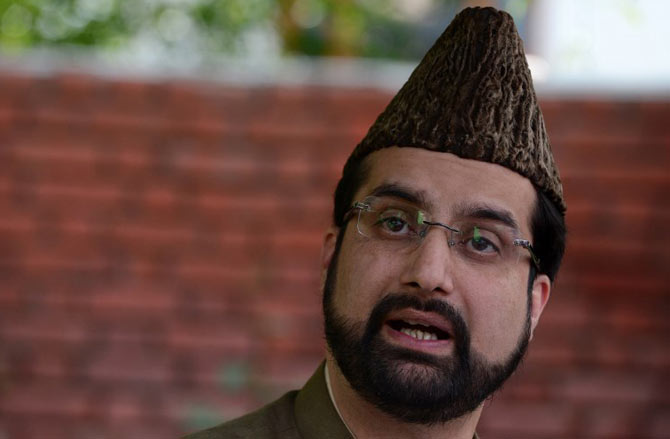 ISLAMABAD: The Chairman of Hurriyat Forum, Mirwaiz Umar Farooq, has strongly condemned the lynching of an innocent Muslim by Hindu fanatics in Indian state of Rajasthan, saying that Muslims across India are being targeted in a well-planned manner.
According to Kashmir Media Service, Mirwaiz Umar Farooq in a statement issued in Srinagar urged the world human rights organisations to take a strong note of this bloodshed of Muslims by the Hindu extremists under the garb of cow protection. He emphasized that Indian leadership was duty-bound to ensure the safety and security of Muslims in the country.
Hindu extremists had lynched a Muslim, Umar Khan, in Alwar area of the state on Friday. His family had told media that dismembered body of Umar Khan was found on the railway tracks near Govindgarh in Alwar district of Rajasthan. It said that he was thrashed and shot dead by a crowd of cow vigilantes when he was transporting four cows to his native village Ghatmika.
The Mirwaiz also expressed deep grief over the death and trail of destruction left behind by the deadly earthquake at Iran-Iraq border, and said the Kashmiris are deeply grieved by this tragedy. He extended sympathy to the injured and prayed for their speedy recovery.
Meanwhile, a forum spokesman in a statement paid rich tributes to the two youth, Tayyeb Majeed and Ashiq Hussain, who were martyred by Indian troops in a fake encounter in Handwara on Monday.
He also condemned the massive cordon and search operations by the troops in south and north Kashmir villages, terming it a deliberate attempt by occupational troops to instill fear among the local populace. “During the CASOs, local population is harassed and property vandalized,” he deplored.
On the other hand, forum leader and the Chairman of Jammu and Kashmir Muslim League, Mukhtar Ahmed Waza, while continuing his public outreach in Islamabad town condemned the worst form of atrocities inflicted on the local population. Mukhtar Waza visited the residences of martyrs and expressed solidarity with the bereaved families. – APP