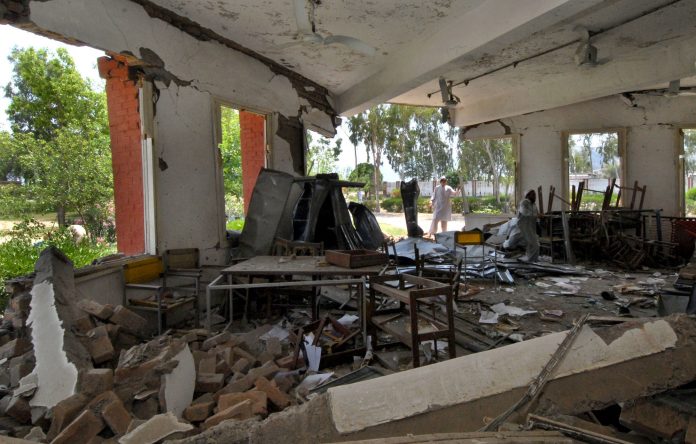 PESHAWAR: Anti education militants have again become active as a private-run school for boys was blown up in Yakka Ghund tehsil area of Mohmand Agency on Thursday night. No loss of life was reported.
According to reports, the miscreants planted explosives at the school in Mosal village of Yakka Ghund tehsil, which razed the building when they were detonated.
Political administration and security personnel rushed to the spot soon after the incident and cordoned off the area.