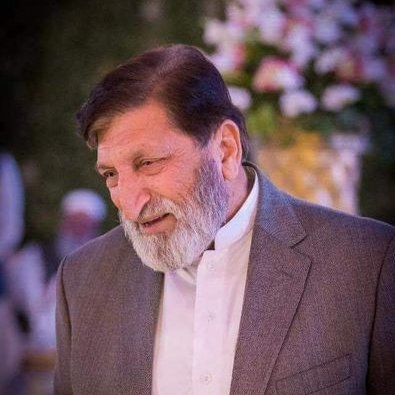 SWABI: Pakistan Tehrik-e-Insaf (PTI) leader and member of the National Assembly from Swabi, Usman Khan Tarakai has been tested positive for the novel coronavirus. Usman Khan Tarakai said that the tests of his wife, son and daughter-in-law have also come positive and they have quarantined themselves at their home. He also asked the nation to pray for their health.
MPA Shahram Khan Tarakai said that Usman Khan Tarakai and his family members are in good health and are showing no symptoms; however, as they have been tested positive theirfore they have quarantined themselves. He said that all other members of the Tarakai Family including Senator Liaquat Tarakai, Muhammad Ali Tarakai and others have been tested negative. He pleaded all well-wishers to pray for the speedy recovery of Usman Tarakai and other patients.
Meanwhile, Pakistan Muslim League Nawaz (PML-N) MPA Khwaja Salman Rafique and MNA Nawabzada Shah Zain Bugti were also tested positive coronavirus.
Tweeting on social networking site Twitter, Khwaja Salman Rafique said that his coronavirus test came back positive after which he has quarantined himself at home.
The leader further added that with the grace of Allah, his health is better and asked his followers to remember him in their prayers.
Former federal interior minister and senior PML-N leader Ahsan Iqbal retweeted Salman Rafique’s tweet and wrote that he is an asset to the party and may Allah Almighty cure him as soon as possible.
From Dera Bugti, MNA Nawabzada Shah Zain Bugti and several of his colleagues tested positive for the virus, while 15 employees of PPL Sui have also tested positive and isolated themselves at home.