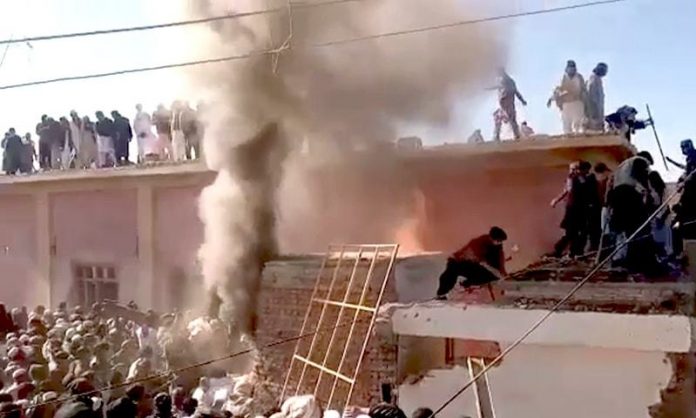 KARAK: A mob on Wednesday attacked and set ablaze the shrine of a Hindu saint in the Karak district, Khyber News reported. According to police officials, as soon as the incident was reported, police personnel reached the site and dispersed the mob.

As per reports a mob comprising “more than a thousand people”, led by local elders of a religious party, launched the attack to remove the temple. Video clips going viral on social media show hordes of people breaking and desecrating the site while chanting slogans. Smoke could also be seen emitting from the shrine after it was reportedly set on fire.

Following the incident, the District Police Officer of Karak told media that area residents had called for a protest, guaranteeing it would be peaceful, but a local cleric instigated the crowd to resort to violence. Area residents, according to the DPO, reported that the shrine was being “secretly expanded” which angered them.