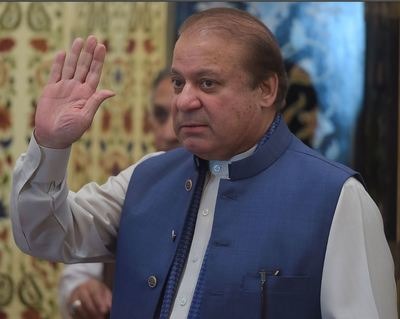 LAHORE: The joint investigation team (JIT) formed to probe the 2014 Model Town tragedy will record the statement of former prime minister Nawaz Sharif at the Kot Lakhpat jail on Wednesday.
The Punjab Home Department has allowed the JIT to record Nawaz Sharif’s statement at the prison and has issued a notification in this regard.
On Monday, Pakistan Muslim League-Nawaz (PML-N) president and former chief minister Punjab Shehbaz Sharif appeared before the JIT.
The JIT, formed by the Home Department of Punjab earlier this year to relaunch a fresh investigation into the tragedy, had summoned Shehbaz today to record his statement in the case.
The investigation team is headed by Inspector General (IG) Motorways AD Khawaja, and comprises Lt Colonel Mohammad Attique-uz-Zaman from the Inter-Services Intelligence (ISI) and Lt Colonel Irfan Mirza from Military Intelligence (MI). Mohammad Ahmed Kamal, deputy director general of Intelligence Bureau (IB), and Qamar Raza, deputy inspector general (DIG) Police Headquarters Gilgit-Baltistan, are also part of the JIT.
At least 14 people were killed and 100 others injured in police action against PAT workers in Lahore on June 17, 2014. The then-Punjab government, at the behest of the Lahore High Court, made the report for the Model Town incident public on December 5, 2017.