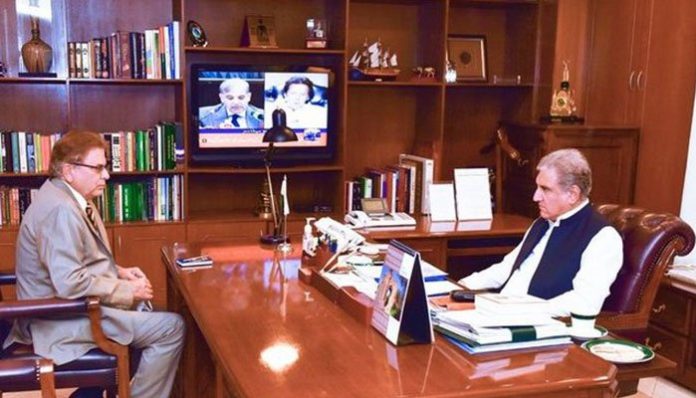 ISLAMABAD: Diplomat Mohammad Sadiq has been appointed as Pakistan’s special envoy to Afghanistan.
In his meeting with Sadiq, Foreign Minister Shah Mehmood Qureshi said that the regional development was linked to the durable peace and stability in Afghanistan.
He added that considering it was a collective responsibility, Pakistan had sincerely played a reconciliatory role in Afghan peace process which had been lauded globally.
The foreign minister reiterated that Pakistan would continue playing its part for regional peace and stability.
Qureshi also felicitated Sadiq on his new assignment and hoped that the appointment of an experienced diplomat on the crucial position would help further strengthen the Pak-Afghan ties.
A seasoned diplomat, Sadiq has previously served as secretary to the National Security Division Cabinet Committee on National Security (Pakistan) (CCNS) and has held several other posts in the Foreign Office.
The special envoy holds an MA in Political Science from Peshawar University, an MA in International Affairs from Columbia University and an MS in Defence and Security Studies from the National Defence University in Islamabad.