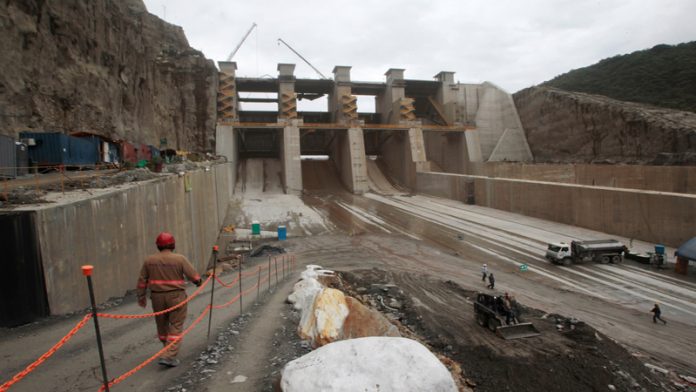 GHALANAI: Chairman Water and Power Development Authority – Muzammil Hussain – on Sunday said that the first unit of the Mohmand Dam will start operation by December 2025.
Talking to media at the Dam site, the WAPDA Chairman said that after the Tarbela Dam, the Mohmand Dam is expected to be the next big water project in the country and is being constructed day and night.
The Mohmand Dam was the fifth highest concrete-face rock-fill dam in the world, the chairperson said. “Although it started late, construction of the dam will be very fruitful for Pakistan.”
The dam is expected to produce 800 megawatts of electricity and will enable the storage of 1.3 million acre-feet of water. “From 2020 to 2028 almost 2,900 megawatts of electricity produced will be both cheap and green [environmental friendly],” Hussain said.
The dam site is located in the Mohmand district of Khyber Pakhtunwa. Residents of the district are equally excited at the construction of the dam as they believe it will improve their standard of living.
“It will make our lands fertile and refill streams leading to the fields,” a resident said. “The dam’s construction will also bring education and employment for our people,” he added.
The WAPDA chairperson added that Rs309 billion was being spent on the construction, which has been paid by the authority and through foreign funding.