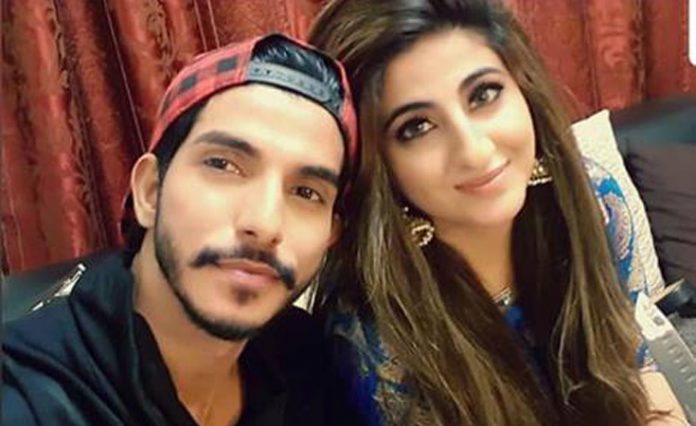 LAHORE: Pakistani actor Mohsin Abbas Haider was booked on Wednesday after his wife Fatema Sohail moved a case against him pertaining to domestic abuse in the Defence police station in Lahore.
The actor appeared before the court of the additional session judge Tajammul Shehzad earlier today after which he asserted that the allegations placed against him are false.
The actor was booked in the case under sections 406 and 506 of the Pakistan Penal Code.
“Numerous times I have made attempts of reconciliation but failed. Now, this is legal war, and we will expose them legally,” he said.
The 35-year-old actor expressed his disappointment for not having NGOs that work for men rights, “None of the NGOs have contacted and I wish there was an NGO for men as well,” he stated.
“Human rights do not mean women’s rights only, even men should be given equal opportunities to present their stance”, he added.
“They have levelled allegations that just because I’m an actor, I am acting right now. Let me tell you that there is no better actor than a woman,” he said.
The hearing of the court has been adjourned till August 5.