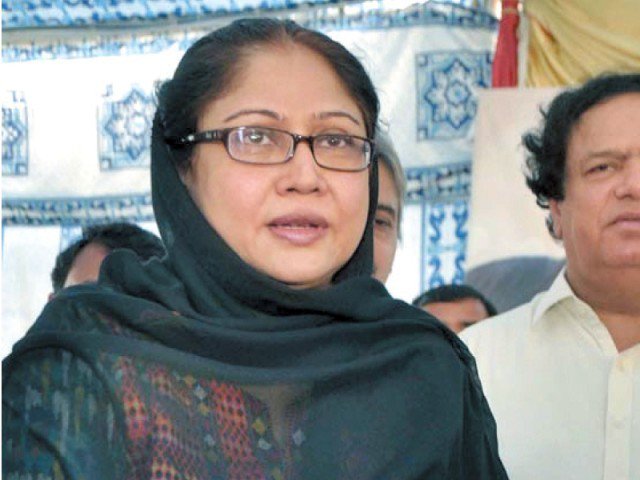 KARACHI: Banking court on Thursday has extended interim bail of Pakistan Peoples Party (PPP) leader Faryal Talpur till September 4 in money laundering case.
According to details, Faryal Talpur appeared before the court along with her lawyer.
Earlier, a session court in Karachi had declared Asif Ali Zardari and his sister Faryal Talpur absconders in the case while Omni Group Chairman Anwar Majeed along with his son Abdul Ghani were arrested from Supreme Court (SC).
Asif Ali Zardari, Faryal Talpur and their associates are accused of sending Rs35 billion abroad through fake accounts after which, their names were placed on Exit Control List (ECL).
Hussain Lawai, chairman of Pakistan Stock Exchange, and his associates are accused of opening 29 fake accounts in the Summit Bank and United Bank of Pakistan Limited.
FIA had prepared a report, revealing that more than 10 political personalities were allegedly involved in fictitious transactions worth Rs35 billion.