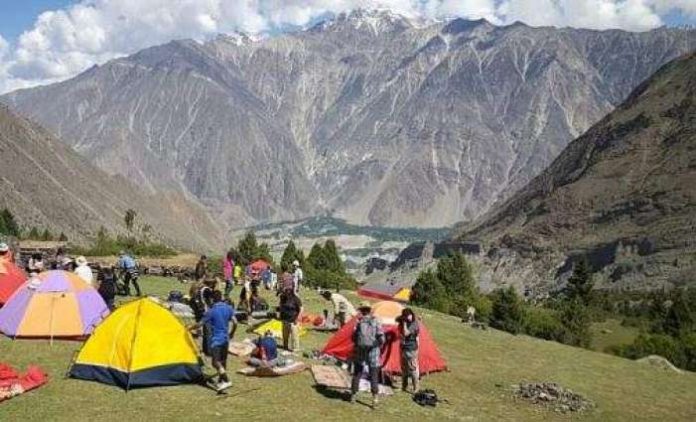 ASTORE: President District Polo Association Rana Muhammad Farooq has urged the GB government to provide more funds to promote tourism in the area.
In a statement he added that Rama Festival was in progress and tourists including foreigners had arrived to witness the festival which would help promote the tourism in the area.So, the GB government should provide more funds to promote the national culture and tourism in the area.
It is worth mentioning that three-day Rama Festival was in progress which would culminate on Aug 28 and the festival had brought together polo teams from different parts of GB to play what is famously known as the King of games and the game of Kings.
Cultural music, dance and song performances will be held during the event. Thousands of people had arrived to Rama from Diamer valley to support their team.
Besides, different stalls had been erected to display local traditional handicrafts and other local products.