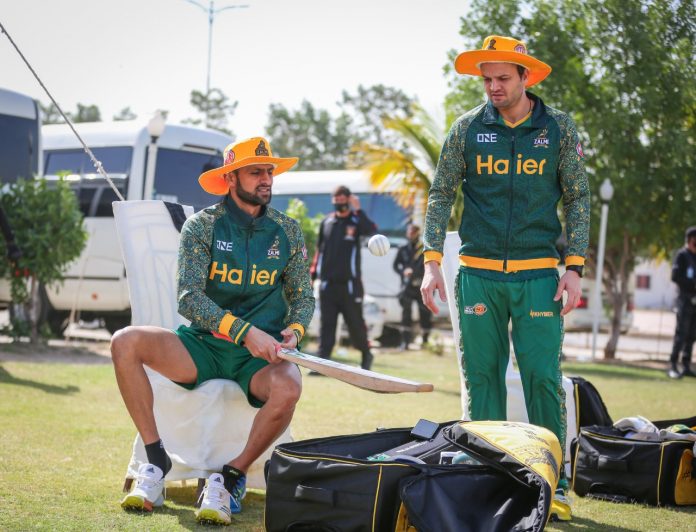 KARACHI: Pakistan Super League (PSL) defenders Multan Sultans will take on 2020 champions Karachi Kings today at the National Stadium, Karachi, as the most anticipated cricket event of the country kicks off.

The game begins at 7:30pm, and a star-studded opening ceremony will be held prior to it in which Pakistani singers Atif Aslam and Aima Baig will sing the PSL 2022 anthem Agay Dekh.

Pakistan skipper Babar Azam, who has replaced the King’s former captain Imad Wasim, will lead the squad this season, whereas the Sultans will be led by country’s star cricketer, wicket-keeper batter Mohammad Rizwan.

The game will surely be a tough one as both sides are the best teams of PSL as well as the champions of the tournament.

The National Stadium has been a lucky spot for Karachi Kings whenever the side has faced Sultans because they triumphed in both the matches played at the venue between the two teams.

Overall, nine matches have been played between the two sides, with the Kings winning five and the Multan Sultans pocketing victories in two games. One match did not yield any result while one was abandoned.

Multan Sultans will definitely be looking to have a fine start to their title defence. However, they will be missing the experience of Shahid Afridi and Sohail Tanvir, both now with Quetta Gladiators. Besides them, they also will be missing leggie Usman Qadir and it means that South African leggie Imran Tahir will be their key bowler in the spin department.

Besides captain Mohammad Rizwan they have some fine T20 batsmen who can plunder runs at any stage. Hard-hitting Tim David, Sohaib Maqsood, Rilee Rossouw and Khushdil Shah can take the game away from any side at any time.

Shahnawaz Dahani will as usual be looking to put in his best. The best thing seen in him recently has been his economical bowling and particularly in the last game against the West Indies in which he was utilized recently at home Dahani was fantastic with the leather.

Multan Sultans also have a fine all-round pool and are expected to have a nice beginning to the event whose 15 matches will be held at Karachi while the remaining 19 matches will be conducted at Lahore. Kings have around six specialist batsmen, besides having utility all-rounders.

The NCOC has allowed only 25% crowd to witness the game due to rising Covid cases in Karachi.

After the league engagement on a double league basis, the top four outfits will make it to the playoffs.