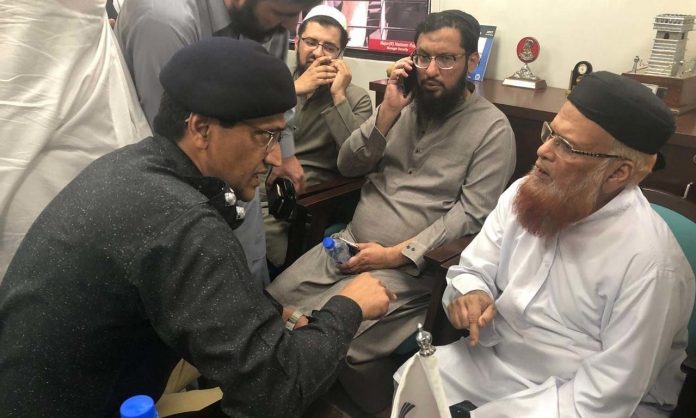 Senior Superintendent of Police (SSP) Korangi, Shah Jahan Khan told media that Mufti Taqi Usmani was not attacked but, a knife was confiscated from the possession of the man named Asim Laiq, who came to meet the renowned religious scholar.

The suspect requested a one-on-one meeting with Mufti Taqi to ask for special prayers as his wife left the house.

Later, a knife was confiscated from the possession of the suspect during the search by the guards, said the SSP.

The accused is currently in the custody of the police for further interrogation.

In 2019, Mufti Taqi Usmani had survived an assassination bid while his security guard and driver lost their lives in the attack.