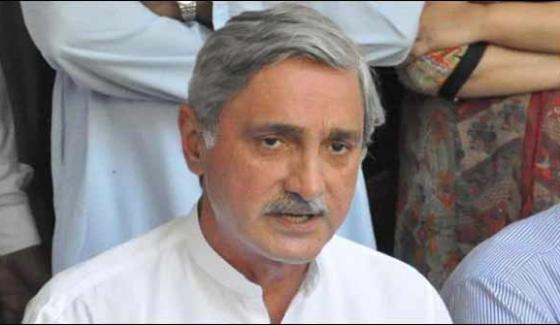 LODHRAN: Pakistan Tehreek-e-Insaf stalwart Jahangir Tareen said on Friday that PTI will fulfill promise of creating South Punjab province.
Talking to journalists in Lodhran, here today, Jahangir Tareen said efforts are underway for the creation of South Punjab province despite tough conditions in the constitution.
Lashing out at the past governments, he said heavy debts were taken in the past tenures, which are being paid by the PTI government. “Those who looted national kitty will not be spared.”
Replying to a question, Jahangir Tareen said the verdict of the special court in former president Pervez Musharraf high treason case has created disappointment amongst the people of Pakistan.
The judges should refrain from using such words in the verdicts, he said and added that “This is a court verdict, nothing more he can say about it.”
The special court, headed by Justice Waqar Ahmad Seth decided the high treason case with 2-1 split verdict against Pervez Musharraf.
The high treason trial for imposing the state of emergency on Nov 3, 2007, had been pending since December 2013. Pervez Musharraf was indicted on March 31, 2014.
The former military chief is currently in Dubai in the United Arab Emirates. He is presently admitted at a hospital in Dubai in a serious condition.