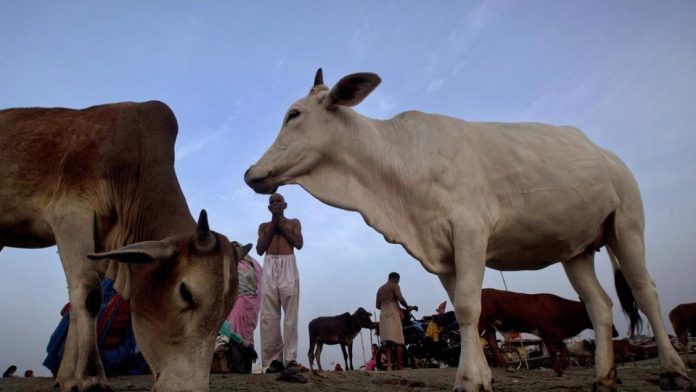 NEW DELHI: A Muslim man accused of killing a cow was beaten to death by a mob in central India, police said Sunday.
Siraj Khan, a 45-year-old tailor, was attacked in the Satna district of Madhya Pradesh state early Friday and died at the scene, local police official Arvind Tiwari told AFP.
Kahn’s friend Shakeel Maqbool, who was also attacked, was admitted to hospital with critical injuries.
As details of the violent assault emerged at the weekend 400 additional police were deployed to the district late Saturday as inquiries widened, the Press Trust of India reported.
“We have arrested four people, and they have been sent to judicial custody. We are investigating what prompted the attack,” Tiwari said. – APP