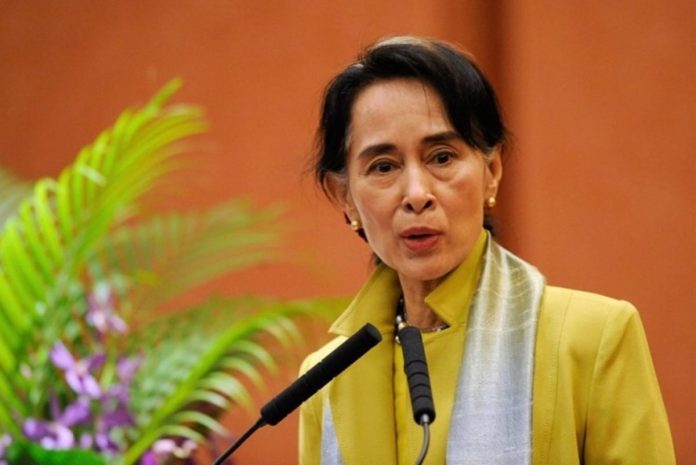 YANGON: Myanmar on Wednesday hit back at a UN Security Council statement critical of its handling of the Rohingya refugee crisis, saying it could “seriously harm” efforts to repatriate the Muslim minority from Bangladesh.
On Monday the top UN body called on Myanmar to rein in military operations that have pushed more than 600,000 Rohingya into Bangladesh since late August, sparking a dire humanitarian crisis.
The statement expressed “grave concern” over rights violations such as killing, sexual violence and torching of homes and property, “including by the Myanmar security forces”.
Other UN agencies have previously described the army crackdown, which Myanmar says is targeting Rohingya rebels, as tantamount to ethnic cleansing.
Responding to the security council on Wednesday, the office of Myanmar’s civilian leader Aung San Suu Kyi said the statement “ignores the fact that the issues facing Myanmar and Bangladesh today can only be resolved bilaterally, in an amicable manner, between two neighbouring states.”
The statement “could potentially and seriously harm the bilateral negotiations between the two countries which have been proceeding smoothly and expeditiously”, it added.
After weeks of tension over the billowing crisis, Myanmar and Bangladesh have begun talks on how to repatriate the refugees who have been cramming into squalid camps in the border district of Cox’s Bazar.
The two sides have yet to finalise a deal, with Myanmar last week accusing Bangladesh of delaying the process, while a Dhaka official said it was Myanmar who was not ready.
The crisis has showered global censure on Suu Kyi, a Nobel laureate once feted around the globe for her years-long struggle against the former junta.
While she lacks control over the military and security policy, the leader has been blasted for not using her moral authority to defend the Rohingya against an increasingly vocal strain of Islamophobia espoused by the Buddhist public.
The 72-year-old, who is also foreign minister, further inflamed the global community when her office vowed to block visas for a UN fact-finding mission to the conflict zone in northern Rakhine.
Diplomats said the UN security council statement, which fell short of a full resolution, was watered down to secure backing from Beijing.
Rights groups have accused the UN body of dragging its feet over the Rohingya crisis and called for sanctions against those involved in the atrocities.
The US, which is dispatching Secretary of State Rex Tillerson to Myanmar on November 15, has said it is seeking a diplomatic solution to the crisis but has not ruled out sanctions.
Earlier this month US lawmakers introduced a bill that would curtail assistance or cooperation with Myanmar’s military and require the White House to identify senior military officials who would have US visa bans imposed or reimposed against them. – APP