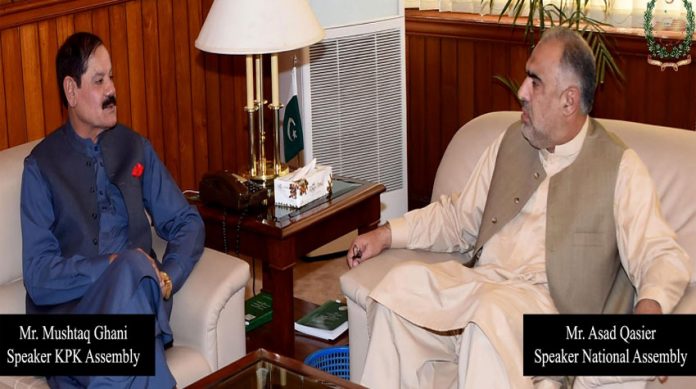 ISLAMABAD: Speaker Khyber Pakhtunkhwa Assembly Mushtaq Ghani called on Speaker National Assembly Asad Qaiser in Islamabad on Tuesday and discussed overall political and economic situation.
In his remarks, the speaker National Assembly stressed that the provinces will have to take concrete steps along with the federal government to steer the country out of current challenges.
Mushtaq Ghani said all political parties in the parliament to play their part to put the country on the track of development.