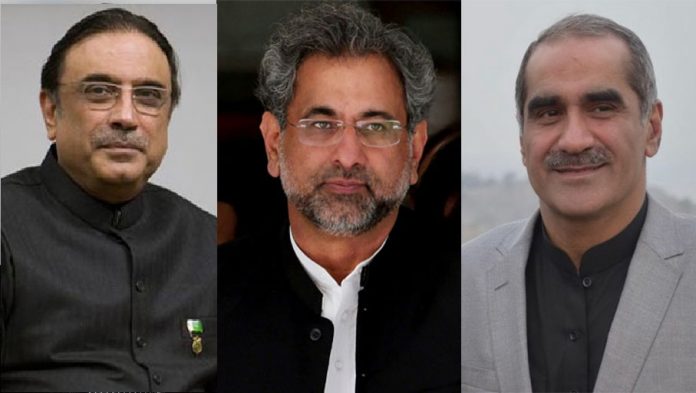 ISLAMABAD: National Assembly Speaker Asad Qaisar on Monday has issued production orders of former president Asif Ali Zardari, former prime minister Shahid Khaqan Abbasi and Pakistan Muslim League-N (PML-N) stalwart Saad Rafique to participate in the joint session of parliament.
It is pertinent to mention here that Zardari, Khaqan Abbasi and Saad Rafique are currently in custody of the National Accountability Bureau (NAB) for the investigation of corruption references against them.
Zardari, Khaqan and Saad will attend the current ongoing session of the National Assembly today. The session will begin at 4:00pm today.
The previous session of the assembly was adjourned on Friday without taking up agenda of the day due to lack of quorum.