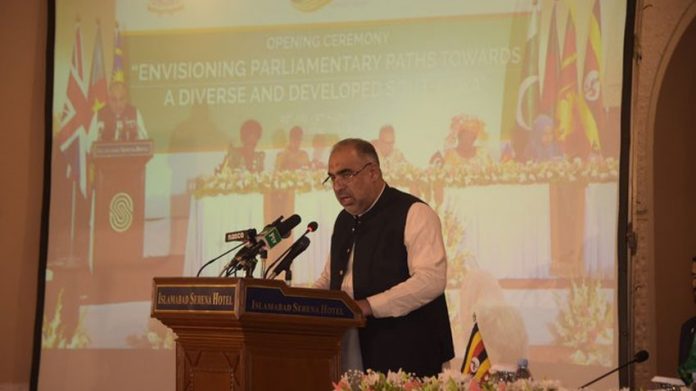 ISLAMABAD: Speaker National Assembly Asad Qaiser has said that Pakistan will continue to play its role for promotion of parliamentary relationship in the world.
Addressing inaugural ceremony of fifth Commonwealth Parliamentary Association Asia Regional Conference 2019 in Islamabad on Tuesday, he said cooperation between Pakistan’s parliament and CPA will continue for deepening democratic links.
The Speaker said member states will have to work jointly for strengthening democracy and promotion of economic progress.
He said parliament should play a proactive role in international affairs.
Asad Qaiser said an alliance will have to be developed against violence, extremist and terrorism.
He said improvement is taking place in the region despite hurdles in democracy.