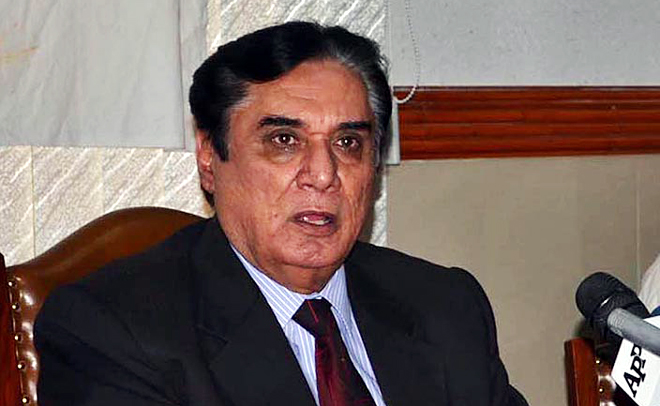 ISLAMABAD: The National Accountability Bureau (NAB) Chairman Javed Iqbal reportedly said on Wednesday that he could not appear before the National Assembly’s Standing Committee on Law and Justice due to prior commitments.
However, a NAB spokesperson denied the report. He said the chairman had not made a decision yet. “The chairman is deliberating over appearing before the NA panel at the on-going ENM meeting.”
The committee had summoned Iqbal in connection with a NAB press release stating its intentions to investigate former prime minister Nawaz Sharif’s alleged money laundering.
The anti-graft watchdog had taken notice of a two-year-old World Bank report doing the rounds on media that Nawaz had laundered $4.9 billion to India.
The claims were shot down by the Washington-based multilateral agency on the same day as its local office denied that allegations were levelled against the PML-N leader in its remittance report.