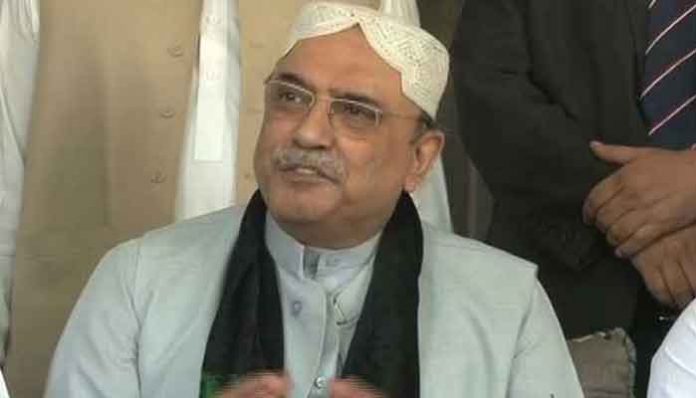 ISLAMABAD: There is concrete evidence that PPP co-chairman and former president Asif Ali Zardari used embezzled funds to purchase his Clifton residence, the National Accountability Bureau (NAB) told an accountability court on Monday.
The corruption watchdog furnished a statement on confiscation of Zardari’s house in Karachi’s upscale neighbourhood before the accountability court, stating that the former president’s stenographer splashed out 150 million rupees for the purchase of the house.
It said the PPP co-chairman was given a questionnaire to submit his answers but he didn’t give any reply.
The bureau pleaded with the court to endorse confiscation of his residence.
At a previous hearing, the court had granted time to NAB to submit its response to objections raised by former president Asif Ali Zardari against confiscation of his house in Clifton.
The bureau has initiated the process to confiscate the house number F-32 Clifton owned by Asif Ali Zardari. The accountability court had accepted the NAB’s move and allowed Zardari to file his objections.
To this, the former president had filed the objections. The NAB adopted the stance that this house was purchased in 2014 and fake accounts were used to pay the price against the property.