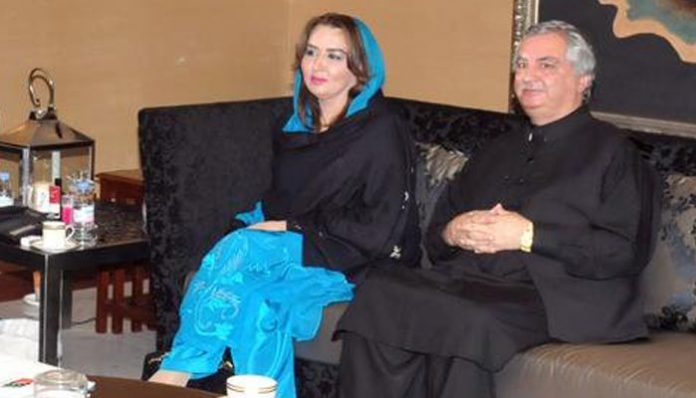 PESHAWAR: An accountability court on Tuesday once again indicted Pakistan Peoples Party (PPP) leader and former federal minister for communications Dr Arbab Alamgir and his wife Asma Alamgir, a former MNA.
Arbab and Asma appeared before the accountability court as it heard a case against them for owning assets beyond known sources of income.
After hearing the arguments of both sides, the court once again indicted the PPP leaders and removed the part regarding foreign properties from the new indictment.
The earlier reference against Arbab and Asma mentioned foreign properties.
The court also summoned three witnesses, Sher Dil, Kaleem Shehzad and Dr Rehan, at the next hearing of the case.
The National Accountability Bureau (NAB) had filed a reference against the couple for allegedly accumulating assets worth Rs332 million which were beyond their known sources of income.