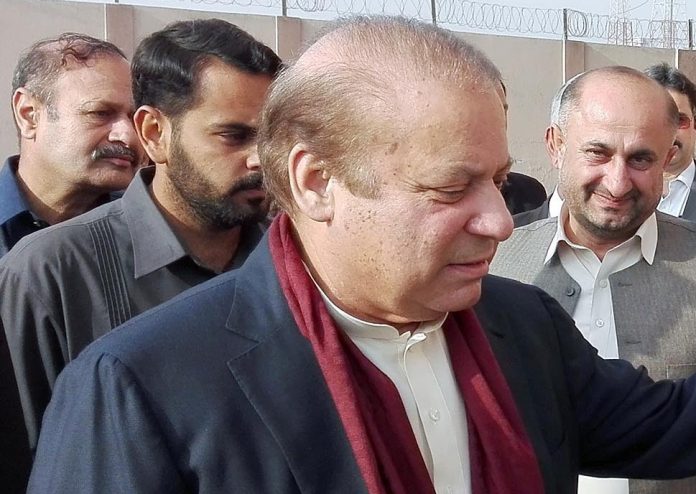 ISLAMABAD: The verdict against former prime minister Nawaz Sharif in the Flagship Investments and Al-Azizia references will be announced on December 24.
The accountability court reserved its verdict in the two references against the former premier on Wednesday.
On Tuesday, the National Accountability Bureau (NAB) prosecutor had concluded his final arguments in the Flagship Investment corruption reference, a day after the latter’s counsel Khawaja Haris closed his arguments in the case.
Accountability Judge Arshad Malik had directed the parties to give additional arguments on the Supreme Court’s decision in the Panama Papers case until 1 pm on Wednesday
On December 7, the SC had directed the accountability court hearing the remaining two corruption references against the Sharif family to conclude the cases by December 24.
Earlier, seven extensions to wrap up the corruption references initiated by NAB were granted by the apex court.
The Supreme Court had initially set a six-month deadline to conclude the four corruption references against the Sharif family.
The trial against the Sharif family commenced on September 14, 2017.
On July 6, after four extensions in the original six-month deadline to conclude all three cases, the court had announced its verdict in the Avenfield reference.
Nawaz and his sons, Hussain and Hasan, are accused in all three references whereas Maryam and Safdar were accused in the Avenfield reference only.
The two brothers, based abroad, have been absconding since the proceedings began last year and were declared proclaimed offenders by the court.