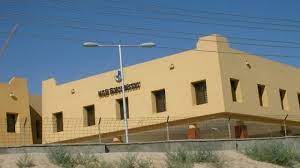 The reference is related to alleged Rs160 million loss to the exchequer caused by illegal sale of land after tampering with the revenue record of Gizarwan ward of Gwadar district.

According to NAB, initial investigation has revealed that the accused officials tampered with the revenue record of Gizarwan ward of Gwadar district after which several acres of valuable land were illegally sold to private persons through forgery, causing the loss of Rs160m to the national exchequer.