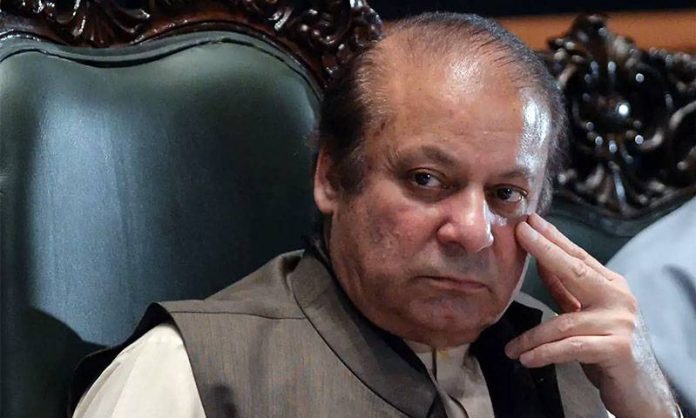 ISLAMABAD: National Accountability Bureau (NAB) on Sunday issued arrest warrant of former prime minister and Pakistan Muslim League-Nawaz (PML-N) supremo Nawaz Sharif in Mir Shakeel-ur-Rehman land transaction case.
The anti-graft watchdog also decided to approach the accountability court to declare the former prime minister an absconder.
Nawaz Sharif failed to appear before the anti-graft agency despite being summoned several times and also failed to provide answers to the NAB’s questionnaire.
In March, the country s apex anti-corruption agency had arrested Mir Shakil-ur-Rehman. NAB had accused him of a clandestine land allotment of more than 30 years ago.
NAB spokesperson Nawazish Ali said media tycoon’s arrest had been in a case pertaining to the clandestine allotment of a 54-kanal piece of land in 1986 – from the then government of CM Nawaz Sharif.
NAB had been conducting an inquiry against him in the fraudulent activity. His arrest came after he failed to submit a satisfactory reply to the bureau’s questions, said NAB.
He is accused of acquiring exemption on 54 plots in Johar Town, Lahore in 1986 during former then Chief Minister Nawaz Sharif’s term.